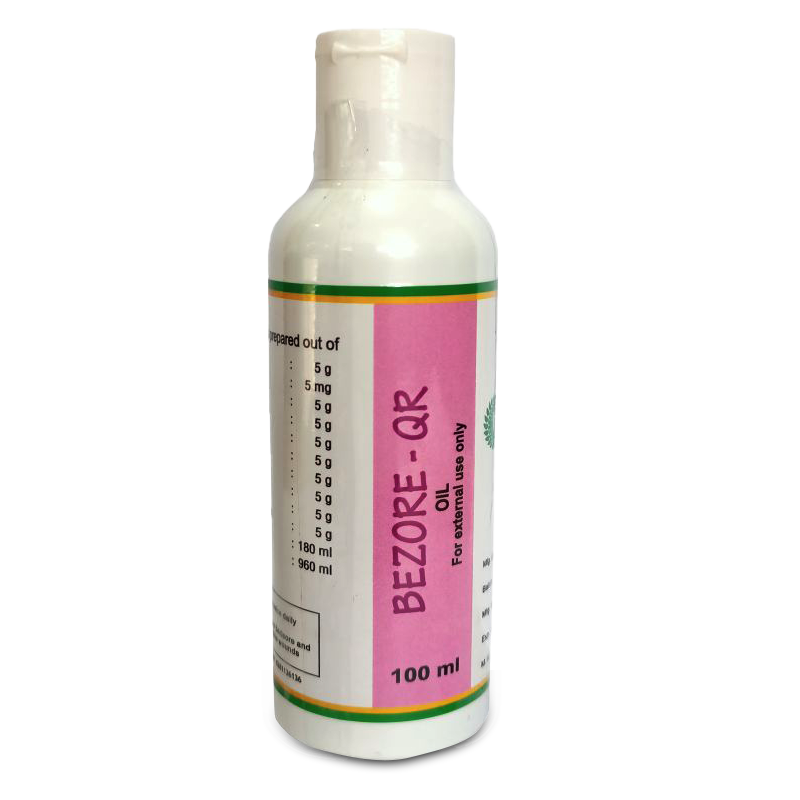 Soothing Oil to treat and eliminate Sores of the Bedridden effectively.

Bezore-QR oil for external application only. Usage- To be applied twice daily on the wound.

External application to cure and eliminate sores of the bedridden, diabetic ulcers, cuts and burns. Bedsores, Diabetic ulcers and burns have been very difficult experiences for patients till Fair Pharma discovered BEZORE-QR OIL. There is no other treatment as effective as Bezore-QR, for Bedsores, anywhere else in the world.

Soothing Oil to treat and eliminate Sores of the Bedridden effectively.

Bedsores result from pressure on the skin typically in patients during hospital recovery or whose mobility is limited in bed (e.g.: paraplegics or quadriplegics). They are also called pressure sores or the medical term decubitus ulcer.


Causes: Pressure sores usually result from sustained pressure on your body. They are especially common in areas that are not well padded with muscle or fat and that lie just over a bone, such as your spine, tailbone (coccyx), shoulder blades, hips, heels, and elbows. Because your skin and the underlying tissues are trapped between bone and a surface such as a wheelchair or bed, blood flow is restricted. This deprives tissue of oxygen and other nutrients and irreversible damage and tissue death can occur. Though the affected tissue may die in as little as 12 hours the injury may not be apparent for days or even weeks.

Stage –1
Initially, a pressure sore appears as a persistent area of red skin that may itch or hurt and feel warm and spongy or firm to the touch. In blacks, Hispanics and other people with darker skin the mark may appear to have a blue or purple cast or look flaky ashen. Stage 1 wounds are superficial and go away shortly after the pressure is relieved.

At this point, some skin loss has already occurred – either in the epidermis, the outer most layer of the skin, in the dermis, the skin’s deeper layer, or in both. The wound is now an open sore that looks like a blister or an abrasion, and the surrounding tissues may show red or purple discoloration. If treated promptly, stage 2 sores usually heal fairly quickly.

Stage–3
By the time a pressure ulcer reaches this stage, it has extended through all the skin layers down to the muscle, damaging or destroying the affected tissue and creating a deep, crater-like wound.


Stage-4
In the most serious and advanced stage, a large-scale loss of skin occurs, along with damage to muscle, bone and even supporting structures such as tendons and joints. Stage four wounds are extremely difficult to heal and can lead to lethal infections.
Treatment: Bezore-QR oil for external application Usage- To be applied twice daily on the wound.